Every year the 7th of November is observed as the National Day of Awareness for cancer. The abnormal multiplication of the cells of any part and inner organs of the body is a condition called cancer. And Cancer is one of the worst diseases feared probably the most by the human population across the world for ages.
In India, roughly about 1.1million persons are diagnosed to be suffering from the dreaded condition of cancer. They are found to be afflicted by cancers in different parts of their bodies. Cancers like breast cancer among women and some other types of cancers are completely curable provided they are treated in the early stages of the progression of the disease Similarly, cancer in a few organs of the body such as pancreatic cancer is considered almost incurable in a vast majority of cases. In advanced stages of cancer palliative care is the only option as this would help the patients to feel reduced pain.
In recent decades children too get afflicted by cancer of different organs in large numbers unlike in the past. Food habits prolonged consumption of artificially flavored and preserved food items. Excessive Consumption of preserved food items like chips, and some chocolates lead to cancer among children. Toxic artificial substances and salts, tastemakers, colorants, sweeteners, etc are found to be carcinogenic resulting in cancer.
As prevention is better than cure and we need to generate awareness of cancer in a big way, especially its affliction on children. Awareness of cancer assumes much significance as the disease for which cure is extremely complicated and remote in its advanced stages. SPPD has been generating awareness of diseases such as cancer that are caused by the change in food habits with an increasing liking for such food items. The local communities are sensitized to the need for taking to eating habits that consist of the consumption of traditional food items.
In the sensitization campaigns, the merits of the use of traditional staple grains such as Black kavuni rice, Red rice hand-pounded rice varieties, cold-pressed oil edible oils, etc. are emphasized. This awareness generation is carried out in the meetings of the Self Help Groups of women (SHGs) and other events for Children organized by SPPD.
Incidentally, November 7th is also observed as the Day of Protection of Infants. As SPPD works among children right from its inception in a big way, we make it a point the sensitize the target communities on the utmost need for the Protection of Infants and preventing infant mortality as well. 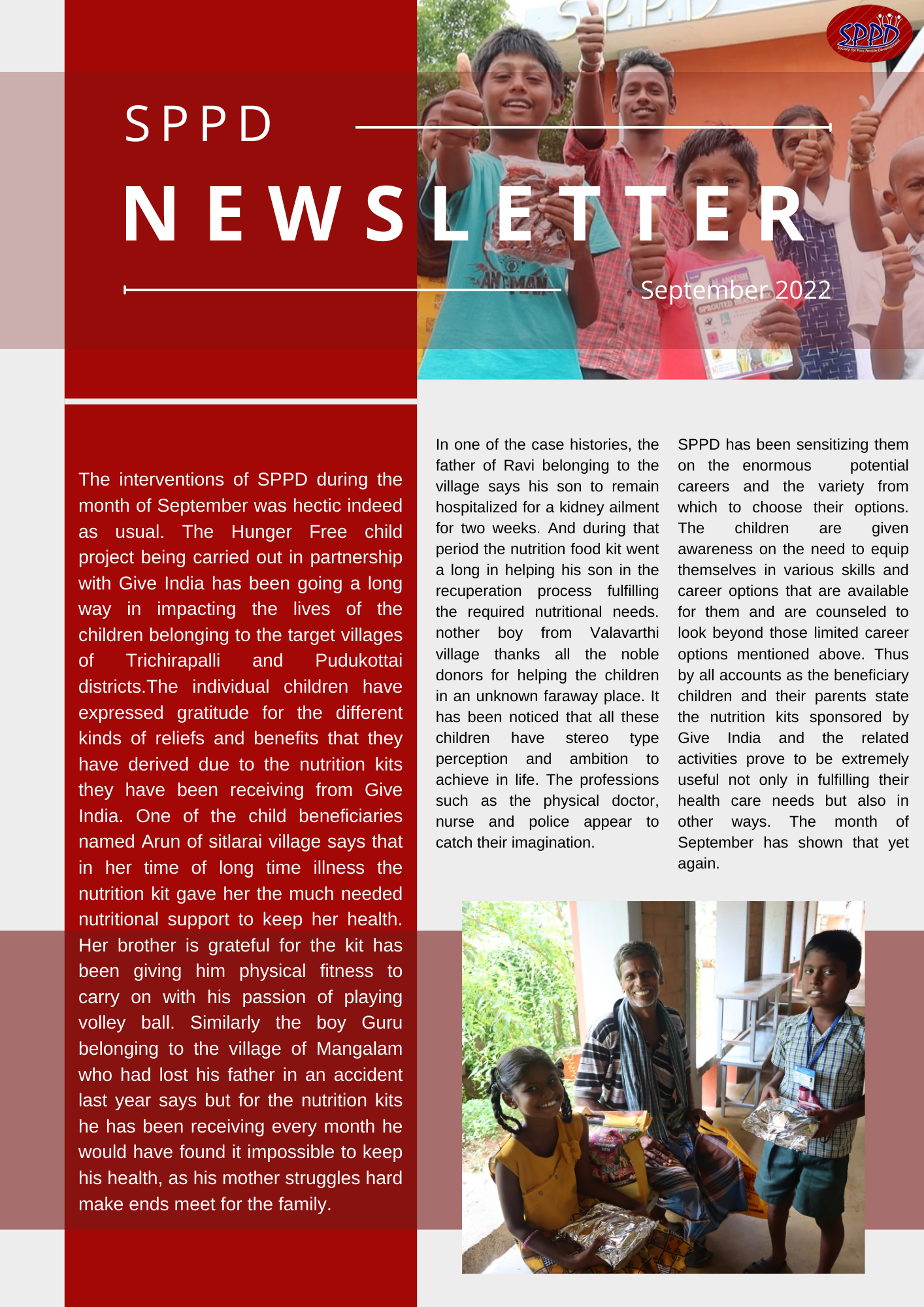 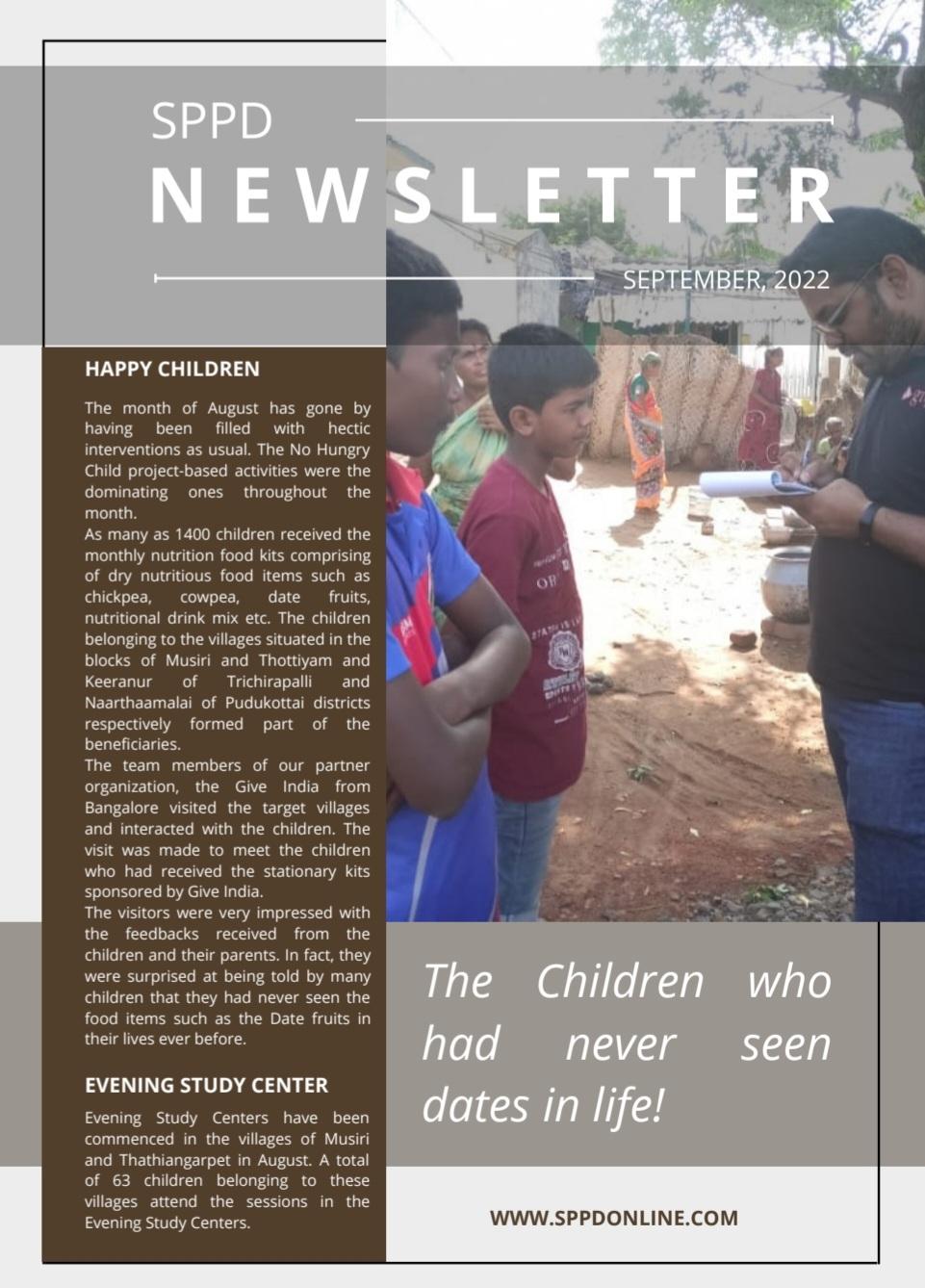 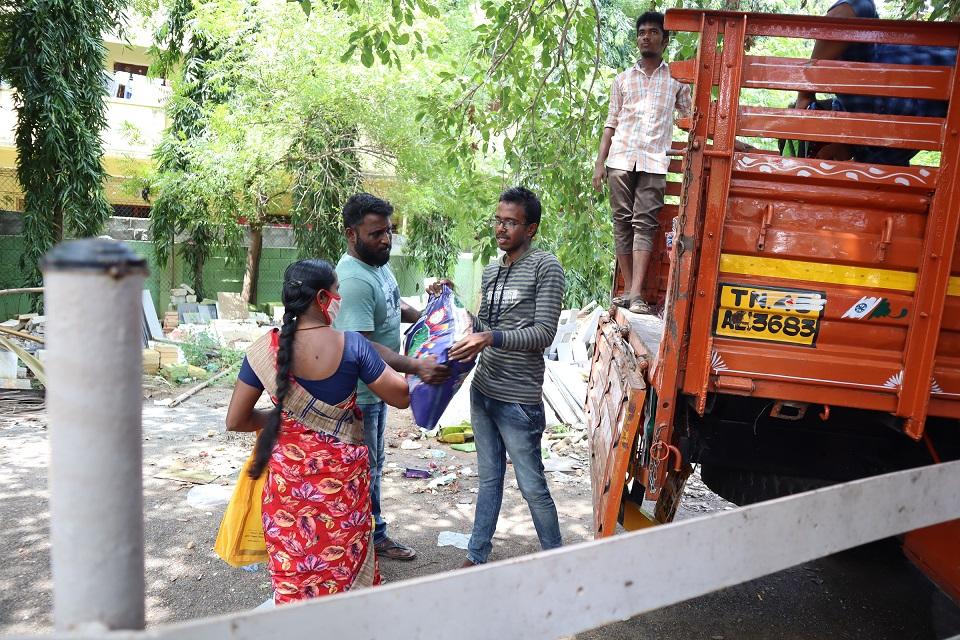 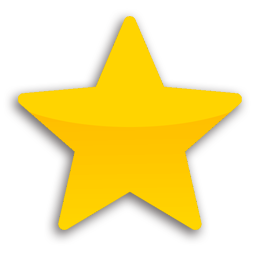 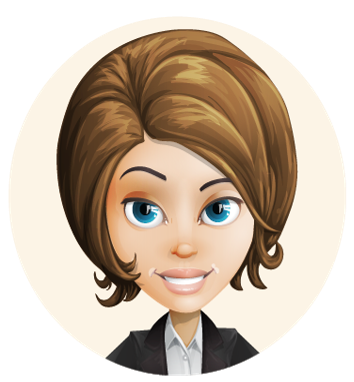